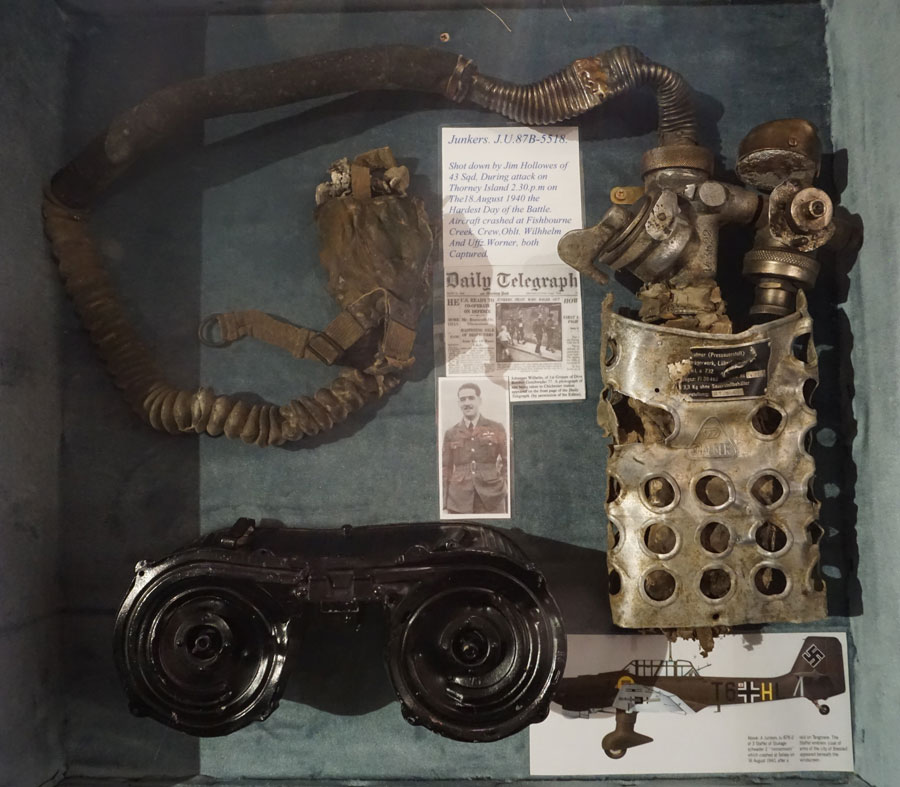 If you would like to buy this collection, please register your interest using the link below.

Pilot's oxygen regulator and amo drum from Junkers Ju87B-1 (5518) shot down by Sgt Jim Hallowes of 43 Squadron during the attack on Thorney Island at 2.30.pm on the 18th August, 1940. The aircraft crashed at Fishbourne Creek. Pilot Oblt. Wilhelm and Uffz. Worner were both captured and the aircraft a write-off.