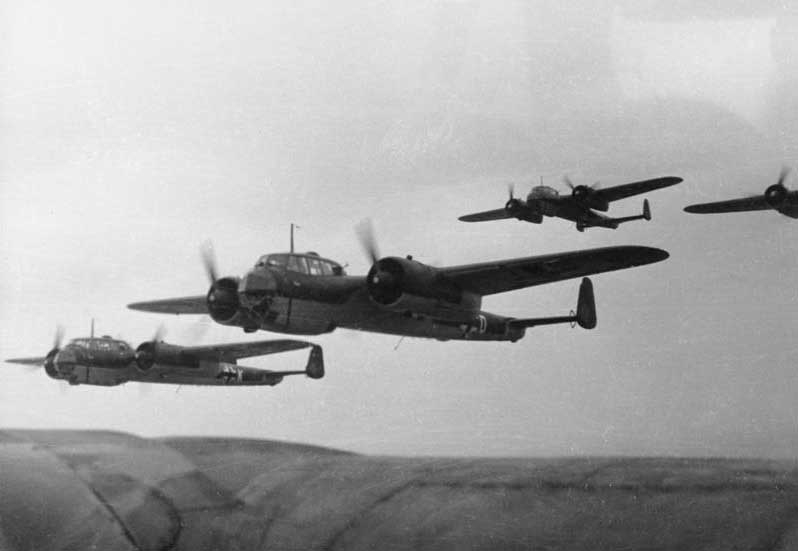 On the 15th September, 1940 at sixteen thousand feet above the London Borough of Brixton, Flight Lieutenant Peter Brothers of 257 Squadron, pushed his throttle wide open and maneuvered his Hurricane into a firing position close behind his target, one of the Dorniers at the rear of a German bomber formation.

Strung out behind in echelon to starboard, the other four pilots of his section followed. A 22-year-old from Kent, F. L. Peter Brothers already had eight aerial victories to his credit, after a short burst Brothers pulled sharply away from his target, diving to clear the way for the second of the four Hurricanes to attack. More than a hundred British fighters were in the vicinity of the Dornier formation, buzzing round the bombers like angry wasps defending their nest.

Squadron Leader Brian Lane of 19 Squadron was pulling his Spitfire into position for another attack on the enemy formation, when Raab’s Dornier came past him. Squadron Leader Brian Lane entered the account in his diary "Reversing the turn I followed, firing from the quarter at the starboard engine. As I slipped in astern of the Hun, a Hurricane came up beside me firing also. I turned to one side and saw two more Hurricane‘s behind him. Dammit! Who saw this Hun first? Then I realised that the Hurricanes had probably been chasing this Dornier when I had come in and attacked. Perhaps after all I was homing in on them! I looked to see if there was anything else about, no the sky was empty save for the Hun, the Hurricanes and me. Taking my place in the queue I waited my turn to fire. The German Pilot seemed to be taking no evasive action at all, the Dornier was just diving towards the clouds. Getting impatient I pulled out to one side and began a quarter attack aiming at the starboard engine again. This time I think I hit him, but it may have been one of the Hurricane pilots who was firing at the same time. The enemy aircraft began to dive more steeply".

Brian Lane observed its final moments. Later he wrote: "Throttling back, I dropped one wing to get a better view of the black crossed aircraft. Behind, rushing over trees and hedges, fields and roads to meet the stricken machine, I saw its shadow, as the two came nearer and nearer a house loomed up, apparently in the path of the raider. With a sigh of relief, I watched it miss the house. The shadow and master met with a huge gush of flame, as the aircraft hit the ground and the petrol tanks exploded. The Dornier crashed near Underriver, just to the south of Sevenoaks, Kent.

View artefacts from this aircraft in our museum